Andrea Lo is an engineer by profession, but has continued since a young age to draw and do other art and craft work during her spare time.

Dancing Lady represents a stylistic departure from most of the work that she has done previously. Andrea said that she got the idea to try marbling paper after she saw a friend doing it. She then examined the results and allowed the shapes of the marbling to suggest the final form of the picture via a kind of pareidolia. 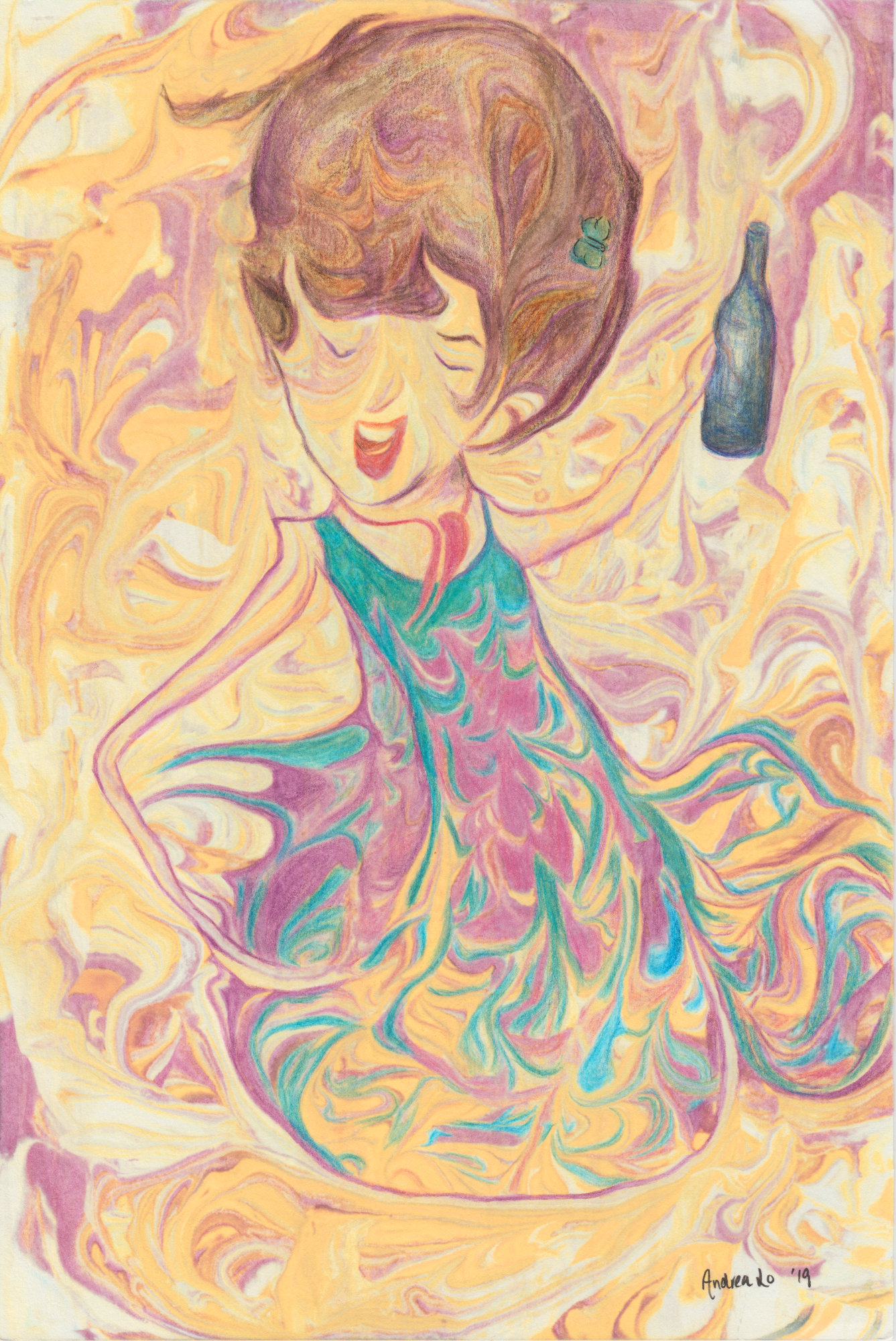 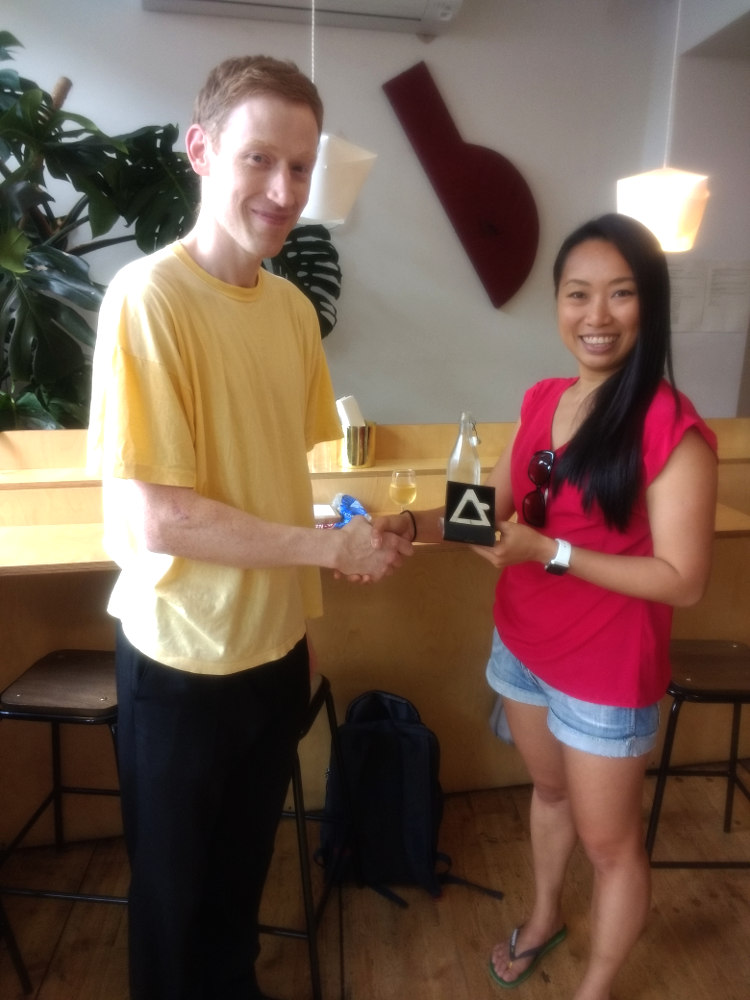