I liked the picture a lot. It exceeded my expectations greatly, since he had told me in advance that it’s the first one which he’s done in some time.

If I had to try and describe his poetry, I would say that it is unrelentingly pessimistic to the extreme.

We do share some lighter moments, but his personality is often just as gloomy as his verse – to the point of almost seeming like parody. Truthfully though, I believe that he couldn’t be more serious.

It’s hard for me to describe exactly my reasons and feelings behind this gestalt award – something of the manner in which the works are so appropriate for the personality which he presents. As I say, almost seeming like a parody of what he would write/draw. My first reaction might have been to make light of this work, but faced with the man himself I’m forced to to acknowledge his humanity and take him seriously. I have to question the hollow insincerity of my own personality. You see, my natural position is one of detachment, and I am very reluctant to share my true feelings.

I don’t really feel like I’ve managed to communicate what I was thinking of but then that’s not unusual. Sometimes this feels sort of of exploitative, but that’s just the kind of difficult conversation that the BSAP is supposed to facilitate. Part of the point of this is to signpost some of the instances where I gain profound experience or inspiration by taking from other people, and to acknowledge their input and share the credit with them.

I would tend to agree with my biographical details from Ben. I find myself most days/nights feeling so very depressed by life in general. It reflects in the way i produce art – either writing, or visual art. The age I live in does not impress me at all, the human species seems to be degenerating into some form of primitive sub-species. I do not wish to be part of, or witness any of this as it affects me very negatively. I translate my feelings of despair, and social isolation into words, or images. I cannot understand why most persons seem to tolerate/not even notice the injustice, and inhumanity of the society we have [is it just the West, or everywhere…]. A system which has failed a lot of individuals, and a detachment from reality most persons seem to have. I do not like living very much, as the afterlife is our real home, but i am not in such a rush to die, i hope. I envy the Children of this world but also fear for them, as to what type of world they will eventually inherit. The downward trend seems to be continuing, but one would hope it will stop before global Armageddon ends most of civilisation. Humans need to wake up from this waking-sleep. 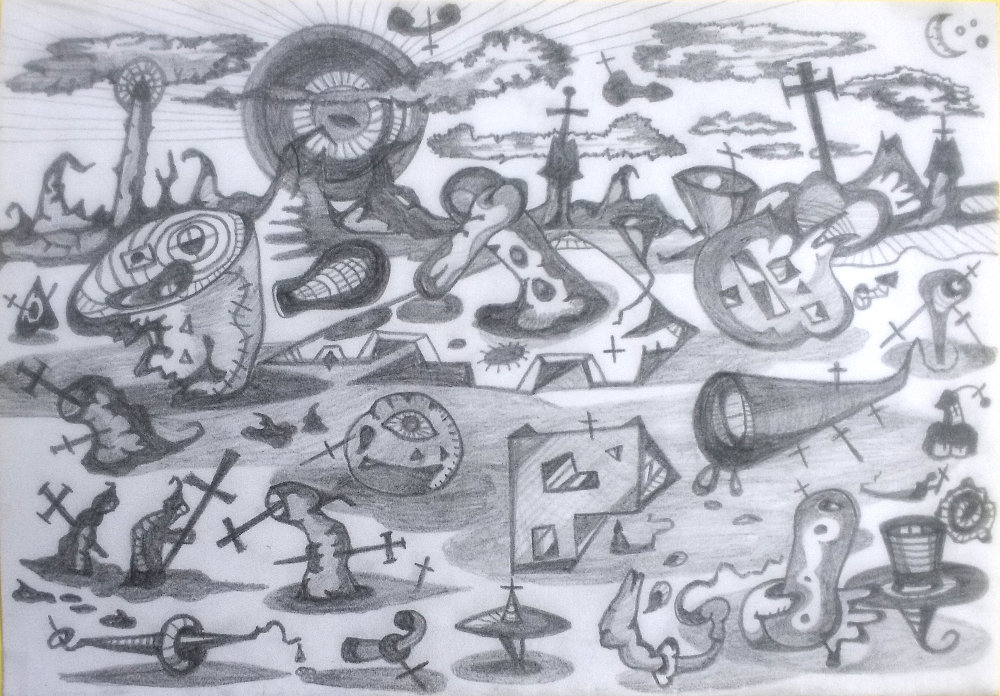 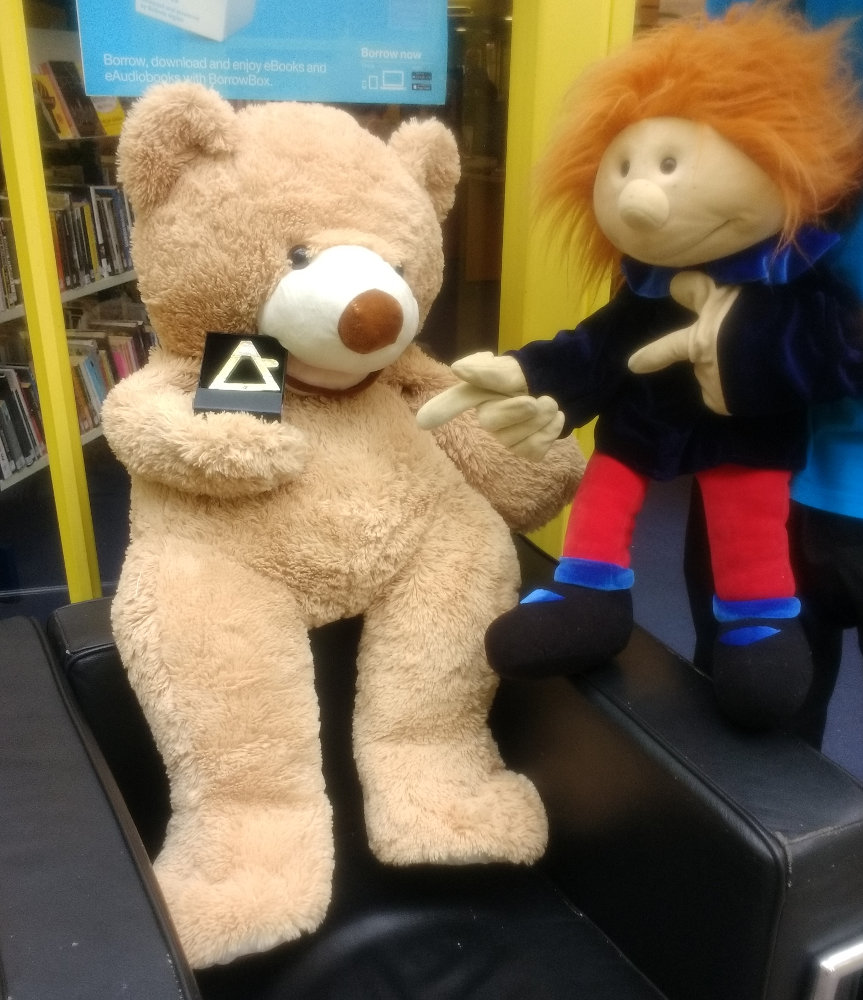 The award presentation has been staged here to preserve privacy.

A couple of days ago Lawrence submitted a new drawing for me to add to this page.

This untitled picture, drawn on the back of an old envelope in ballpoint pen, represents Lawrence himself when he ventures out into public, surrounded by a host of grotesques.