Progress Report and Statement of Intent

The B. S. Art Prize has been getting off to a slow start. But now that the administrative side of things is pretty much in order and that I’ve got my retrospective awards out of the way I hope to be able to focus on the original concept of presenting on-the-spot prizes for new (or newly discovered) work.

I’ve not done very well so far at realizing the idea of on-the-spot prizes but I do still see it as a possible kind of ideal encounter to aspire to and it will be interesting to see how such encounters work out in reality. I hope to award some new prizes before too long, although I’ve been feeling too busy and too much behind schedule on my own work to be getting out and about much, but I hope to make some gradual changes in my habits, and then I may be more likely to be in the right position to make discoveries.

Another goal is to try to stop awarding prizes to anonymous persons. Sometimes it is necessary, but I really want to be able to hand the majority of awards to actual people.
END_OF_DOCUMENT_TOKEN_TO_BE_REPLACED 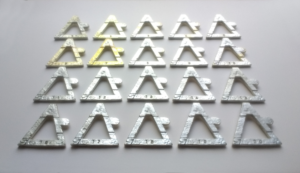 The B. S. Art Prize will launch with a small number of retrospective awards. These have been planned for some time and have just been held up by all of the practical matters of getting the infrastructure in place.

Extraordinarily, it seems that more than four years have passed since the time when I first conceived of and planned the prize in the late summer of 2014. END_OF_DOCUMENT_TOKEN_TO_BE_REPLACED

The B. S. Art Prize will be launching soon.
END_OF_DOCUMENT_TOKEN_TO_BE_REPLACED